At the very beginning of his artistic path Robert Kabara met two of the greatest Polish violin players: professor Eugenia Umińska and her successor professor Kaja Danczowska. A virtuoso artist, he holds a number of awards from prestigious international violin competitions: the Henryk Wieniawski In Poznań /1986/, the Zino Francescatti In Marseilles and the Australia Bicentennial In Adelaide.

His repertoire embraces the entire range of classics and avant-garde.  He has performed Mozart’s conducted by Maxim Vengerov, Krzysztof Penderecki’s 1st and 2nd Violin Concertos under the baton of the composer himself. He is equally as happy to turn toward American music, performing Leonard Bernstein’s and George Gershwin’s works.

Robert Kabara extended his instrumental range to include the viola, debuting as a soloist with Schubert’s Arpeggione and, on the main concert platform, In Mozart’s Sinfonia Concertante for Violin, Viola and Orchestra with Maxim Vengerov taking the violin part. Lastly he has been performing Krzysztof Pederecki’s Viola Concerto, conducted by the Maestro himself, at Frankfurt’s Alte Oper and at the Moscow Conservatoire.

Over and above all this, his artistic biography includes some more dimensions of musical experience. He was a leader of Krystian Zimerman’s Polish Festival Orchestra. Lastly, Robert Kabara has been starting his own conducting activities with prominent Maestro Jerzy Maksymiuk as a mentor. With the beginning of this year he has debuted as a conductor with two performances: Sergei Prokofiev’s 1st Symphony „Classical” and 1st Violin Concerto/Elena Baeva starring/, and Bela Bartok’s Music for Strings, Percussion and Celesta.

Robert Kabara stands at the very origin of the Sinfonietta Cracovia. In the earliest days, as leader and mentor of the orchestra, he shaped a first-class orchestra from a student ensemble and he has remained its artistic director to this day. As initiator and animateur of musical events, he is the man behind the project: La Musica da Camera /rare instruments and rare pieces of chamber music/, Grand Virtuoso /famous soloists as stars/ and Pure Form /acoustic and audiophile symphonic series/.

Robert Kabara is also the author of a vast discography comprising studio, TV and radio recordings. His recording of Vivaldi’s Four Seasons for Dux was distinguished by the Fryderyk ‘98 award and his Penderecki album, featuring his performance of the composer’s 1st Violin Concerto, received the Diapason d’Or award.

In addition to leading a rich musical life, Robert Kabara makes time available to teach at the Music Academy of Cracow, where he completed his professorial dissertation last year. 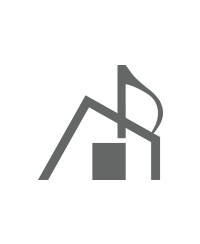